Conversion to gas from oil and coal represents an immediate reduction in harmful climate and environmental gases.

Also, natural gas is the perfect partner for renewable energy such as sun and wind, in that the gas can supplement and make them to predictable energy producers, independent of the weather or other conditions.

But did you know that the gas itself can be totally renewable? Gas has the potential to become both renewable and emission-free.

Today, biogas is the technology with which we have come the furthest, and it is already used in the market today in both heating and transport. Biogas is produced by decomposition of new biological material, without the addition of oxygen, and by combustion (in use) biogas is considered as climate neutral, i.e. zero emissions of harmful greenhouse gases when used.

Biogas has a great potential in several industries, among other factors is biogas in combination with natural gas a good low-emission alternative today.

Another exciting track for the development of zero-emission fuel for the long-distance shipping industry is hydrogen, either made from natural gas or from electric power. One often distinguishes between so-called green and blue hydrogen.

The day we get heavy-duty long-haul ships running on hydrogen, we face a possible revolution in the emission accounting worldwide. Unfortunately, this seems to be far into the future.

Hydrogen is an element with very low energy density, which means that it must be stored in liquid form on board at very low temperatures (- 252 0C). There is therefore much to suggest that hydrogen rather should be used as a raw material to make other renewable gases that are easier to transport and use on board.

Ammonia is one such gas that has renewable potential. Ammonia consists of hydrogen- and nitrogen atoms. When hydrogen is produced by electrolysis from renewable electricity, the ammonia can be called green. Green ammonia can in the long run be a very good alternative to oil.

Renewable (or synthetic) LNG is produced by mixing renewable hydrogen with renewable CO2 to become methane gas + water. Such a production of renewable gas already takes place today in facilities in Europe.

However, both the industry and the research communities believe that this will take time, and in the meantime, it is important that we use the best we have. The ingenious thing about LNG, is that other renewable gases (except for hydrogen) can use the same infrastructure and storage tanks on board that have been established for LNG. This shows that LNG is not and obstacle to zero emissions (as many believes), but actually is a facilitator and a market builder for renewable gas.

The good news for natural gas, is that here we can reduce emissions while we work

Today, so much is happening during a year that if we can utilize the potential to reduce emissions on the way to the goal, we will have done an important piece of work already on the day that the zero-emission technology is ready for the market. 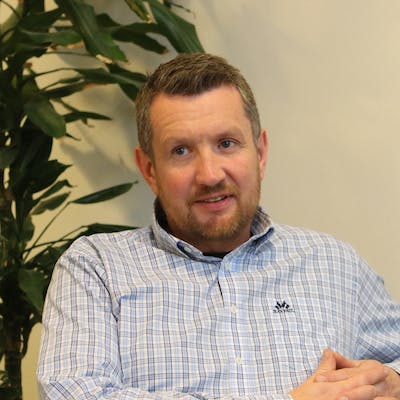